We spent the last week of August 2018, vacationing in Lake Chelan, WA, and it has taken me ten months to put the review to the keyboard because I’m just now able bring myself to relive the horror. We found ourselves broken down on the side of the highway in Entiat, pulling our Coachman Freedom Express 257BHS. We straddled the white line of a tiny, practically nonexistent shoulder in 90-degree heat on day 1 of our vacation. Oil gushed out of the bell housing of our tow vehicle. One child cried from the backseat, “More screen time,” while the other threw a vicious tantrum because we wouldn’t let her jump out while semi’s barreled past us. The summer forest fire season was in full effect and while our eyes burned from poor air quality, our cash was about to burn from our wallets. I’ll post the whole ordeal in the coming days, but for now, please enjoy my Lakeshore RV Park review below.

Family summertime activities are the bread and butter of this seasonal tourist destination popular with Seattlites craving the sun and Spokane residents looking for an affordable Coeur d’Alene alternative. Everyone from all corners of the state and beyond enjoy the dry warm air and welcoming community.

The Complicated World of RV Tires

A year after buying our first travel trailer I stumbled on a Facebook group for owners of the same brand as our own. The term, “China Bombs” started popping up in threads. They were referring to the stock 14″ Castle Rock tires manufactured in China.

From what I can tell, the majority of irate Castle Rock customers either had a blowout or were simply distrustful of the tires because they came from China. Most said they were lightweight and inferior, but yet still other owners said they worked great. What’s a new trailer owner to do?

Reviewers who experienced failing Castle Rocks are unable to conclusively say if maintenance/drive style played a part in their failure. It may never be known because they probably didn’t realize they exceeded some of the strict low capacity loads common in these type of tires.

Any single one of these factors can lead to a catastrophic high-speed blowout.

Investigations into these failures are either never done or not published (likely the former) so it’s difficult to prove the real reason for blowouts, but Castle Rocks have not been recalled and manufacturers continue to use them on all brands of new trailers. With proper maintenance and use, they apparently perform as designed according to the manufactures who use them and users who stand behind them.

That wasn’t good enough for me. I want to load my trailer without worrying about my tires. There are enough other issues out of my control to worry about – I’m talking to you, driver who cut me off entering the freeway. I never drive over 60 mph when I’m towing, but if I have to pass a broken down vehicle or swerve to avoid road kill, I want to do so confidently. It’s worth it to me to get new tires with a higher load rating and user reviews. With that, this year we purchased 14″ Goodyear Endurance Tires. Trailer enthusiast groups suggested we opt for the 15″ tires, but I’m still not sure what the advantage-to-cost analysis is on that.

As the tire tech’s removed our Castle Rocks they shook their heads in disbelief and one said, “These are in terrible condition. Not safe.” They were two-years-old, living in a mild climate (Seattle) and maybe had 2500 miles on them total. Maybe. Six extended weekend trips total. Nothing looked wrong with them from my untrained eye. I think changing them out was a good call, albeit a hit to the wallet.

A note about installing trailer tires in the city

Installation was challenging. Very few tire shops could accommodate the length of the trailer so I picked a store based on the size of their parking lot and quickly learned that’s where most people take their RVs in the area. They scheduled me for a day and time when the delivery truck would not be blocking the parking lot, but alas there was an unscheduled delivery truck in the middle of everything. I squeezed in, my rig blocking five garage bays and it was chaos. One employee wanted me to disconnect, another didn’t, I was messing everyone up. I don’t know what it’s like in other areas of the country but this was an experience I thought worth mentioning. I’m glad I did it, but I wish I had known what to expect.

Before I go, can we please consider calling them something other than, “China Bombs”?

If they perform as intended (and I’m unable to find data that says otherwise) and if the majority of failures are caused by under-inflation, high speed or overloading, is that really something to use a derogatory cultural name for? Based on the concentration of online consumers that freely admit they hate them simply because they come from China and not on the merits of their actual quality, it sounds racially motivated. I’d like to suggest if you really hate them simply call them shitty Castle Rocks instead. Leave the word “China” out of it. Lord knows America has made some bad tires over the years too.

I think most RV drivers share the same heart-stopping fright when we stumble on road construction or narrow lanes we don’t expect. Have no fear, there are some great free online resources to help us familiarize ourselves with road conditions before we go and plan a worry-free route.  Trips are best enjoyed safe and fright-free! END_OF_DOCUMENT_TOKEN_TO_BE_REPLACED

Our August 2017, Seaquest State Park was memorable for two things; the Mt. St. Helens bugs and our first experience with a full hookup site! Magical!

I have to admit, I’m a wee bit concerned all the seismic ring of fire exhibits might frighten my girls away from visiting a volcano ever again. Fingers crossed Mt. Rainer happens someday.

END_OF_DOCUMENT_TOKEN_TO_BE_REPLACED

Two nights and one full day at this magical place is simply not enough time! I wouldn’t call the constant precipitation sideways rain as much as a pummeling mist. Pacific Northwesterners know what I’m talking about. Unfortunately, due to weather and time restrictions, we didn’t see half of what was available so have made plans to come back during the summer and we’ll bring the entire family!

Archery in the rain 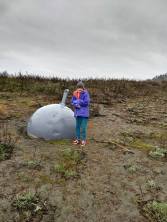 END_OF_DOCUMENT_TOKEN_TO_BE_REPLACED

My first camping trip after winterizing was an exercise in patience and problem-solving. I was out alone with my eight-year-old and had never been through a de-winterizing before. The dealership winterized for us this first time because I didn’t want to do anything to jeopardize the warranty. Also, I am a newbie and am not confident I’d do it correctly. Before the trip, I flushed out the antifreeze and thought I was ready to roll! Not so fast. END_OF_DOCUMENT_TOKEN_TO_BE_REPLACED

The RV & The Ferry

A few of the things that really make my knees chatter towing are high winds, small spaces, low-hanging tree branches or overpasses, narrow tunnels, and ferry boats. I encountered a few of these on a trip this week and let’s just say I’m still not okay. Feeling a little off. Probably won’t ever take a ferry again.

END_OF_DOCUMENT_TOKEN_TO_BE_REPLACED 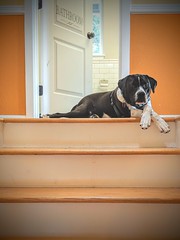 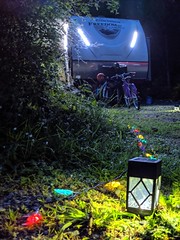 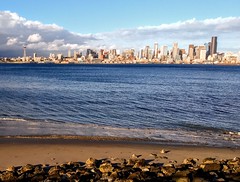 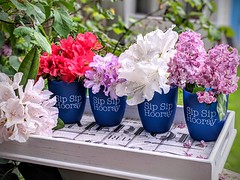 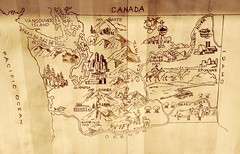 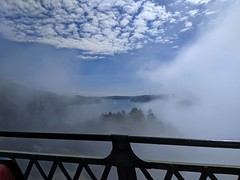 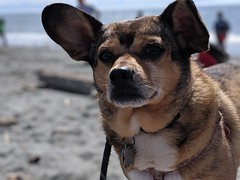 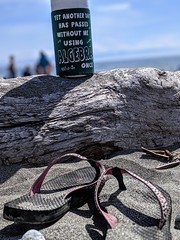 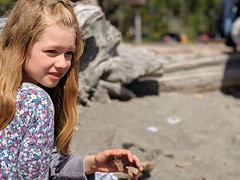 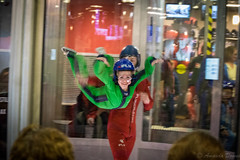